The pontificate of Pope John Paul II was unique not only for us Poles, who have always remained proud of our countryman. Millions of Christians loved him for his courage and steadfastness in proclaiming the truth, his directness in contacts and openness. Politicians around the world valued his opinion. When on 16 October 1978 Cardinal Pericle Felici announced: Annuntio vobis gaudium magnum - Habemus Papam - Eminentissimum ac Reverendissimum Dominum, Dominum ... (brief pause) Carolum Sanctae Romanae Ecclesiae Cardinalem Wojtyla qui sibi nimen imposiut loannis Pauli / Secundi.  (trans. I announce to you a great joy. We have a Pope. Cardinal Karol Wojtyła who has taken the name of John Paul II), the crowd gathered on St. Peter’s Square was stunned. This choice had not been expected. Karol Wojtyła was not only the first Pole, but also the first Slav to take the throne of the Holy See. Stanisław Kania, responsible in the Central Committee of the Polish United Workers’ Party (PZPR) for the religious policy of the state, on notifying Edward Gierek about the election of the Pope, said: "A Pole has become the Pope. This is a great event for the Polish nation and means big complications for us." Cardinal K. Wojtyła had been regarded by the communists in Poland as a "complication" for a long time. The possibility of Wojtyła becoming the future Primate of Poland had been taken into consideration. The prospect of his election as Pope had not even been considered. The Conclave's decision came as a surprise. The communist authorities were devastated. One of the first problems to be solved was the visit of John Paul II to Poland. Both this first and each subsequent visit of the Polish Pope was a great problem for the authorities, and a "great event" for the nation. John Paul II gave his countrymen courage, helped them regain confidence and inspired Poles to act.

The Archive of the Institute of National Remembrance is in possession of hundreds of documents related to each of John Paul II’s journeys to Poland.

Every visit was carefully prepared both by the Church and the state authorities. On the IPN’s portals devoted to papal pilgrimages to the homeland, we present documents from the preparation of the visits not only from the perspective of the logistics involved, but also from the communist Security Services operational point of view. During Poland’s enslavement, the communists closely monitored all circles suspected of aspiring for freedom. All available means were used to counter the "negative influence of the Pope". In addition to the materials drafted as a result of the Security Services’ operational work, our portal also includes documents donated to the IPN Archive by participants of those meetings. These are, for example, sector entries, occasional stamps, cards, brochures, banners and badges. You will also find copies of foreign press articles appearing in the Polish community press during John Paul II's visits.

Many Poles still remember those meetings, their atmosphere, the Pope's words and the preceding preparations. These memories will stay with them forever. However, new generations entering adulthood do not have the personal experience of meeting John Paul II. Our portal will offer them the opportunity to learn more about those times.

Marzena Kruk, the Director of the IPN Archive

The "Papal Pilgrimages to the Polish People’s Republic in Documents" portal was prepared by the Archive of the Institute of National Remembrance (AIPN) in cooperation with the IPN’s Office of the President and Social Communication (BPiKS). Individual sites were developed between 2017 and 2020. The whole portal was made available to the public on 18 May 2020 in connection with the 100th anniversary of the birth of Karol Wojtyła, later Pope John Paul II. The project is still in progress. It will continue to be developed, both through functional changes to the website and by supplementing it with new materials.

We would like to thank everyone involved in the conceptual work on the portal, i.e. queries, describing the archival materials, preparing, editing and translating texts as well as promoting the site.

We would like to express special gratitude to private persons and the Polish community organizations abroad for donating to the IPN Archive invaluable mementos of the papal visits. Should you be interested in donating any materials to the collection of the Archive of the Institute of National Remembrance - visit The Archive Full of Remembrance project website. 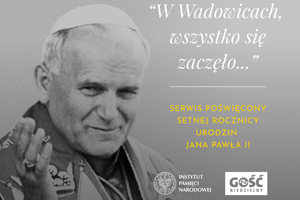 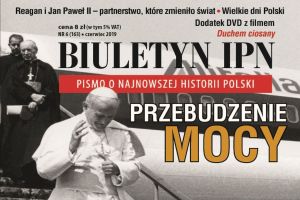 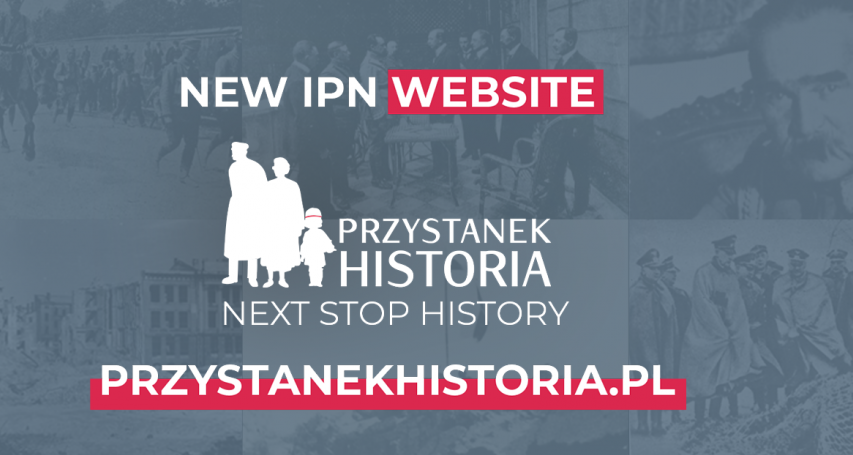